GaDangme’s of Note (Past and Present)

Oko Kolomashi  – Leader of the “Kolomashi” (meaning colonials must leave in Ga). This movement used song and dance to protest against colonial rule.

Docia Angelina Naki Kisseih – The Founder and first president of the Ghana Registered Nurses Association (GRNA). The first nurse in Ghana with a Doctoral Degree and the first Ghanaian to be Chief Nursing officer. Docia was influential in pioneering developments in nursing and nursing education in Ghana.

Nii Kwabena Bonne III (Boycotthene) – Organised a boycott of all European exports because of their inflated prices. This in conjunction with the events of the 28th of February 1948 marked the beginning of the process of independence for the Gold Coast.

Erasmus Ransford Tawiah Madjitey – The first Ghanaian to head the Ghanaian police service and the first African south of the sahara and the British commonwealth to command a police force.

Sophia Oboshie Doku – Political Activist who played an important role in Ghana’s independence fight. Also one of the first female parliamentarians of the republic of Ghana

Laura Adorkor Kofi – Prominent leader and spokesperson in the Black Nationalist Movement and Founder of the African Universal Church. An area in Florida was also named after her “Adorkaville”.

Bell Ribeiro-Addy MP – One of the first women of Ghanaian heritage to become a member of parliament in the UK.

Caroline Tetteyfio Koney – Vice President of Ghana anaesthetists society, Head of the Anaesthesia Department in 37 Military Hospital and Director of a school of Anaesthesia for the training of CRAs. 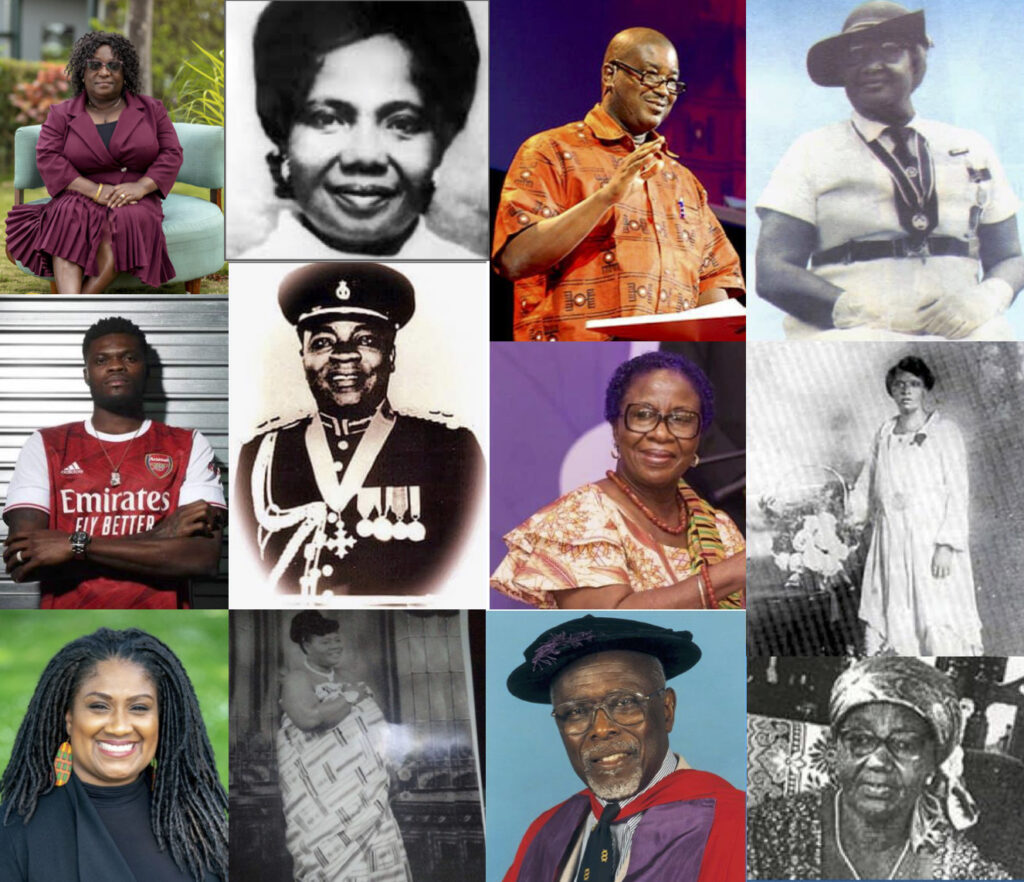 Please note I do not own the copyright to any of these images.